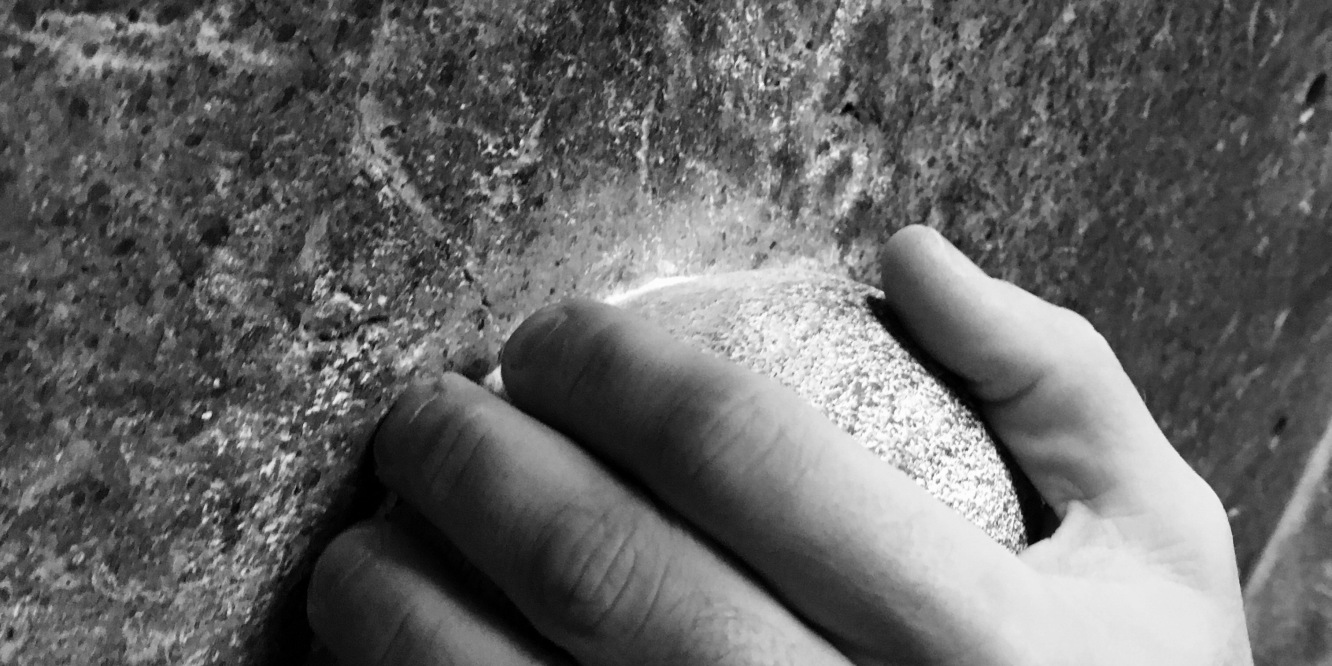 Carrot walks into Berggasse 19 in Vienna’s 9th district, sitting there with cigar in hand greeting Carrot as he walks in is one Herrn Sigmund Freud.

Carrot: Nice to meet you Dr. Freud. Or is Sigmund okay? Ziggy?

Freud: You may call me whatever you like. Carrot is it?

Carrot: Yes my mother named me Carrot originally, it’s a long story but yeah, Carrot it is.

Freud: Do you realize your mother named you after a penis?

Carrot: No I’m sorry, I said “Carrot” like the root vegetable, you know, it’s kind of like a parsnip. So, it’s a Carrot, not a Penis.

Freud: Carrot comes from the Greek karaton, meaning horn, or head, like a penis. This is what you are named after, a penis. This makes sense, since your mother has an innate Oedipus complex, she has always had penis envy, and since she wasn’t born with one she grew you, her very own penis. Thank you for coming in to see me, I’m happy I could help.

Penis: Wait, what? I didn’t really come in for help; also, I’m not sure how that could help anything?

Freud: Did you know that carrot was derived from the Greek karaton?

Freud: Then I did help, and you are very welcome. Good day Karaton.

Karaton: Yes, thank you for that lesson in etymology, but again, this is not why I’m here, I actually came here today to see if you might like to go climbing?

Freud: What exactly do you mean by “climbing”?

Karaton: Rock Climbing. Do you know anything about rock climbing?

Freud: Of course, Of course, but tell me a bit about this rock climbing.

Karaton: Well, you put yourself in a harness, and tie into a rope at the midpoint, then you ascend, grabbing onto different holds in order to get to the top of a rock.

Freud: And tell me about these “holds”.

Karaton: Right. Well, there are all-different types of holds one can use in order to climb; you have slopers, pinches, crimps, chips, cracks, jugs, the list can go on and on.

Freud: And why do you think people climb?

Karaton: I think people have their own reasons to climb, I doubt there is one over-riding foundational reason for climbing?

Freud: Ah this is where you are wrong Mr. Carrot; people climb for one reason alone…

Freud: Sex! Yes of course sex. You see, climbing either upwards or downwards, is symbolic representation of the sexual act.

Mr. Carrot: That’s so insightful, and really a stretch of your imagination ol’ Ziggy.

Freud: I sense some hostility toward my response, would you like me to analyze this hostility for you?

Mr. Carrot: Maybe later, but let’s continue with climbing for now, can you expand on how climbing is symbolic of the sexual act?

Freud: Yes, let’s stay with the topic at hand. You see, smooth walls over which one is climbing, frequently under great anxiety, correspond to the erect human body, and probably repeat in the dream reminiscences of the upward climbing of little children on their parents or foster parents.

Mr. Carrot: So are you saying that climbing doesn’t just represent sex in general, but rather a repressed sexual ideation that has occurred throughout our lives dating back to when we were children?

Freud: You are a quick understudy Mr. Carrot. Have you ever considered a woman’s hat? Of articles of dress the woman’s hat may frequently be definitely interpreted as the male genital.

Mr. Carrot: Well that is certainly something, and kind of out of nowhere, but maybe let’s still just stick to climbing.

Freud: Yes of course, consider the climbing rope and where it is attached of all possible places; clearly it can hang down long, which is characteristic of the man. And speaking of jugs, a climber can grab them at pleasure, a freedom which is prohibited by nature in the original symbol.

Mr. Carrot: To make sure that you and I are on the same page, I would like to re-cap what you just stated, so feel free to correct me if I go off course even in the slightest.

Freud: Mr. Carrot, I feel confident that you follow the gist of my analysis completely, but if you must confirm my words to indulge your ego, then please be my guest.

Mr. Carrot: Thank you for humoring me Sigmund. So as I follow from your report, is it safe to assert that you claim that climbing represents Sex, and a repressed sexual cerebration stemming from our sub-conscious childhood salacity, the climbing rope is a penis, climbers grab holds as a type of displacement for their inability to wantonly grab sexual organs of the object of their sexual desire, a woman’s hat is a penis, and carrot’s are penises. Is this what you affirm?

Freud: This is what I indomitably affirm my good fellow!

Mr. Carrot: I may regret asking this, but is there anything we haven’t mentioned regarding your opinions on climbing?

Freud: Mr. Carrot, please do not diminish my analysis of this brazenly sexual activity, which I offer at your behest as mere opinion. I can understand that you may ask, “Do I really live in the midst of sex symbols? Are all the objects that surround me, all the gear I put on, all the things that I touch, always sex symbols, and nothing else?” There really are sufficient grounds for such questions. And My answer is: “From many widely different sources, from fairy tales and myths, jokes and farces, from folklore, that is, the knowledge of the customs, usages, sayings and songs of peoples, from the poetic and vulgar language. Everywhere we find the same symbolism and in many of these instances we understand them without further information. If we follow up each of these sources separately we shall find so many parallels to the symbolism that we must believe in the correctness of our interpretations.” So you see Mr. Carrot, I am not offering you mere opinion, tradition has spoken, and it must be said that your devotion to climbing is indeed a devotion to sex and nothing else. But back to the original question, there are several things regarding climbing that we haven’t mentioned, shall we continue?

Mr. Carrot: By all means!

Freud: Rhythmic activities, such as climbing may be mentioned as a special representation for the relations of the sexes.

Mr. Carrot: By “relations of the sexes” you mean sex?

Freud: I do. But in addition, ascents are certainly symbols of sexual intercourse. On closer consideration we see that they have the rhythm of walking as a common characteristic; perhaps, too, the heightening of excitement and the shortening of the breath, the higher one mounts. Natural scenery is a representation of the female genitals. Mountains and cliffs are symbols of the male organ.

Mr. Carrot: Umm, could you perhaps clarify what you mean by natural scenery?

Freud: The garden is a frequent symbol of the female genitals. Fruit does not stand for the child, but for the breasts. Wild animals signify sensually aroused persons, or further, base impulses, passions. Blossoms and flowers represent the female genitals, or more particularly, virginity. Do not forget that the blossoms are really the genitals of the plants.

Freud: We have already become acquainted with the mountain as a sex symbol; the German usage is helpful here, it shows us how the verb “to mount” is made use of in an exquisite sexual sense. We use the expressions “to run after women,” which literally translated would be “to climb after women,” and “an old climber.”  It is apparently not unknown in this connection that the sexual intercourse of many of the larger animals requires a mounting, a climbing upon the female. So there you have it Mr. Carrot, I am happy that I was able to help? And in addition it may help for you to know that the four-leaf clover is a sex symbol, a pig is a sex symbol, a mushroom is an unquestionable penis symbol, a horseshoe recalls the contour of the female genital opening, and a chimney sweep who carries a ladder is compared to vulgar sexual intercourse.

Mr. Carrot: Umm? Thank you? But do you remember I was actually just seeing if you wanted to climb with me?

Freud: Are you being obtuse Mr. Carrot?

Freud: Well what did I just tell you about climbing?

Mr. Carrot: Do you mean everything you just told me?

Freud: Yes Mr. Carrot, what is everything I just told you about climbing?

Mr. Carrot: Well, by and large, climbing represents the sexual act, and a repressed sexual desire carried over from childhood, moreover it is a special representation of sex in that climbing ascends and is also rhythmic, with a heightening of excitement and shortening of breath the higher one climbs. Climbing also allows the climber to play out fantasies of grabbing another, which are prevented by custom and laws. Natural scenery represents female genitalia, while mountains and cliffs represent male genitals. This is all evidenced by a history of symbols in mythology and ancient language as well as root etymology regarding the animal sexual act of mounting as in mountains. In addition, clovers are sex, pigs are sex, ladders are vulgar sex, mushrooms are penises, horseshoes are vaginas, flowers are vaginas, blossoms are the genitals of plants, gardens are vaginas, wild animals are arousal, fruits are breasts, rope is a penis, a woman’s hat is a penis, and also a carrot is a penis. Does that about sum it?

Freud: Wunderbaren Herrn Carrot, you are now armed to be my ally in explaining why it is that people climb.

Herrn Carrot: Sorry Sigs, I have to say I cannot be your ally in this venture, as I disagree wholeheartedly with nearly everything you have just said, it is completely unfounded, and borderline absurd.

Sigs: While highly unlikely, I suppose there is a minute chance that you may be correct, at least in some very limited instances. After all sometimes a cigar is just a cigar. But being that my stance on why people climb is its equivalence to sex, you will understand why I must decline your invite. I am afraid Martha would just not approve.

Herrn Carrot: Despite my objection to your position on why people climb mountains, I have the utmost gratitude for your discourse, and at least you didn’t say “because it was there”.

As a philosophy professor, despite my adamant objection to Freud’s analysis of climbing (and most things in general), certain imagery requires me to admit he may not have been totally off base.) Exhibit A here Exhibit B here

24 Replies to “Climbing with Freud.”