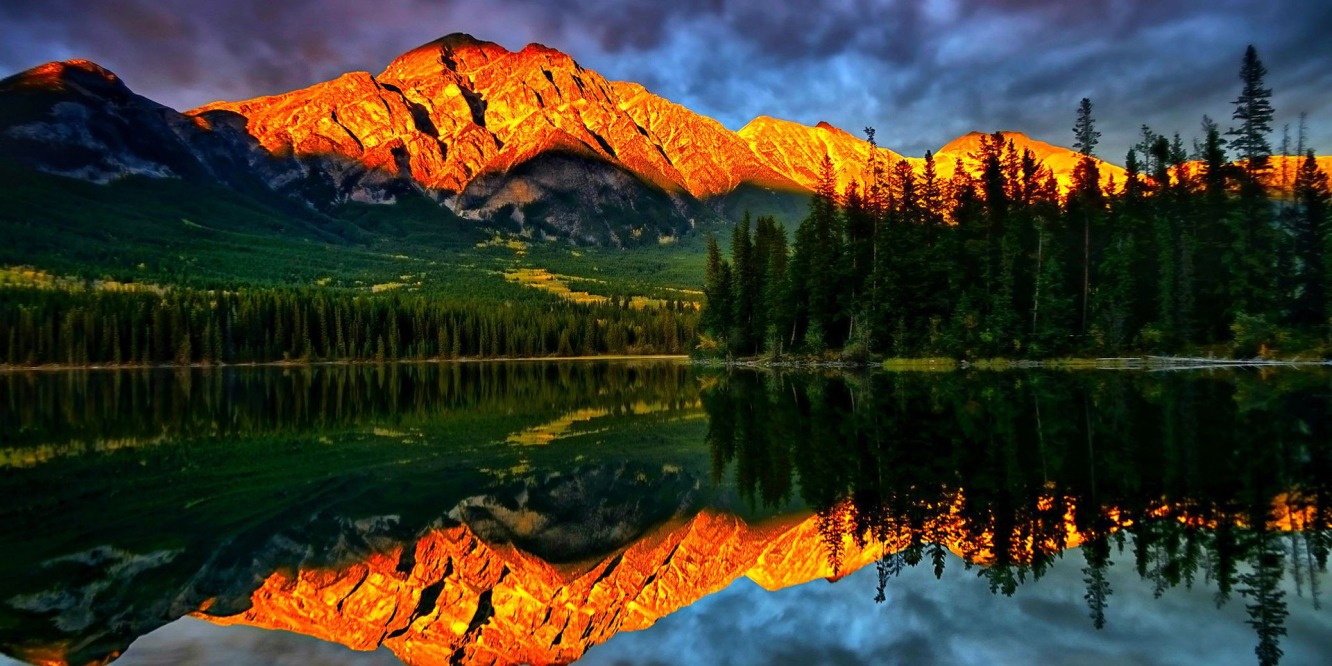 “It is indeed an opinion strangely prevailing amongst men, that houses, mountains, rivers, and in a word all sensible objects have an existence natural or real, distinct from their being perceived by the understanding. But with how great an assurance and acquiescence so-ever this principle may be entertained in the world; yet whoever shall find in his heart to call it in question, may, if I mistake not, perceive it to involve a manifest contradiction. For what are the forementioned objects but the things we perceive by sense, and what do we perceive besides our own ideas or sensations; and is it not plainly repugnant that any one of these or any combination of them should exist unperceived?”1

(2) We perceive only ideas.

Assuming Berkeley is correct, (as strange as that assumption may seem, I see no better assumption for its converse) then what can we mean when we say “I stepped foot on that mountain”? Now it must be noted that Berkeley is not saying the Mountain doesn’t exist, he’s merely asserting that the mountain is NOT physical. However, when attending to the phrase “I stepped foot on the mountain” he is asserting the physical entity the mountain does not exist. And so, as long as we’re referring to a physical mountain, it seems like it ought to be treated in the same fashion as any non-existent object.

Now keep in mind the strangeness of referring to The Golden Mountain. It’s a mountain that does not exist, yet we describe it by saying it’s made entirely of gold, there is your manifest contradiction. How exactly can a non-existent mountain be made of anything, let alone gold? So, the question now must be addressed what exactly are we doing when we refer to non-existent things such as The Golden Mountain or in Berkeley’s case any physical mountain gold or not?

Fortunately we have mounds of ideas regarding just what’s going on when we refer to or seem to refer to non-existent objects. Let’s turn the discussion over to Alexius Meinong and Bertrand Russell specifically regarding how we ought to treat things that do not exist, e.g. what does is mean to say of a non-existent mountain that it is made entirely of gold?

In Meinong’s object theory he puts forth the principle of independence, which draws the conclusion that So-being is independent from existence.

I have to side with Russell on this one, Meinong sets up the notion that descriptive properties equate to existence, and this seems plainly false given that we have no empirical evidence for The Golden Mountain.

Bertrand Russell offers an alternative explanation to get to the heart of the problem concerning non-existent objects. To re-cap that problem consider the following:

(A) The Golden Mountain is made entirely of gold.

Russell attempts to solve this problem by affirming that the subject term in such cases as statement (A) is not actually a genuine singular referring term, but rather simply a description.

Descriptions are not referring terms; they are incomplete symbols or propositional functions that concern properties, not particular things. The Golden Mountain is an incomplete symbol and as such cannot be said to actually be referring to a mountain made of gold or any object at all.4

Consider the above statement: (A) The Golden Mountain is made entirely of gold.

Keep in mind: to express this statement is false would be to assert that there is a thing “The Golden Mountain” and that it’s false that it is made entirely out of gold.

Also keep in mind that the subject in statement (A) is not a genuine referring term but rather an incomplete symbol or description. With that, we can now evaluate (A) as a conjunction of definite descriptions and pinpoint just how logical falsity can be maintained without asserting the existence of a non-existent entity (The Golden Mountain).

We can analyze statement (A) as follows:

(a) There is at least one thing which is a golden mountain.

(b) There is at most one thing which is a golden mountain.

(c) Whatever is a golden mountain is made entirely of gold.

If (A) is to be analyzed as the conjunction of (a), (b), (c), then for (A) to be true (a), (b), and (c) must each be true. Clearly then (a) is not true, i.e. it is not the case that there is at least one thing which is a golden mountain. And since conjunct (a) is false, it follows that statement (A) is false, not in virtue of its failing to be golden, but in virtue of its logical necessity based on the falsity of conjunct (a). Analyzed this way we maintain that (A) is in fact false without asserting that the non-existent object Golden Mountain exists.

So, what is the outcome of all this? Well, as J.O Urmson says “The shortest account of Logical Atomism that can be given is that the world has the structure of Russell’s mathematical logic”. In other words, in getting clear on the structure of language, we discover the ultimate structure of the world, Russell’s logically perfect language is precisely isomorphic with the structure of the world.5 In addition and aside from the ability to understand what’s going on when we seemingly refer to non-existent objects, you can save time by avoiding the quest of first ascent up a mountain that was never there to begin with.

Let’s return now return to Berkeley who would surely not assert the existence of The Golden Mountain, and so would be quite satisfied with Russell’s analysis of non-existent entities. Recall however, Berkeley would also not assert to the existence of any physical mountain. Accordingly if you’re going to save time by avoiding the quest of first ascent up a mountain that was never there to begin with, you might as well avoid pulling out your rack for any climb what-so-ever. You will never be able ascend or even touch a physical mountain, as any physical mountain is just another example of a non-existent entity (See Argument (I) above).

Thus the common refrain that one ought to climb “because it’s there” seems to be a misnomer, as there is no such place as ‘there’. Keeping in line with Berkeleian idealism if one must hold steadfast to this trite rationale for action, then their claim ought to be “because it’s here”. Where “here” refers to some internal mental state, rather than some contradictory non-existent physical place.