We all have that set of places that have left us speechless and that have influenced us in many different ways. Because we grow and learn about ourselves from those experiences, we would like to share with you the most memorable place each of us has been to… So far.

For me Palo Duro holds so many memories, from boy scouts to the summer staple camping trip with my family. The ten hour drive from Houston will never kill the love I have for this state park. And let’s face it, the gorgeous red rocks and steep mesa walls aren’t hard on the eyes.

But what I really think makes this place so special and memorable for me is the lighthouse (formation pictured) the lighthouse is the star of Palo Duro Canyon and I have had many hikes up to it with my father.

If you’re ever in Texas or heck especially if you live here, you should definitely make your way to Palo Duro Canyon!! Go gaze at the red walls, watch the red kneed tarantulas cross the roads and catch the showing of Texas the awesome summer production preformed there in the canyon. And if those aren’t inciting enough, it’s the second biggest Canyon in the states!! 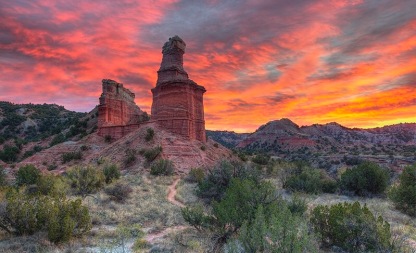 Þingvellir, Iceland
(one of my favorite memories)

I was hiking all day, I was exhausted, I didn’t remember the last time I had eaten a real meal, and I just needed to find a place to sit, rest, and chill out. The beauty is captivating, addicting really. You forget about life, about problems, about nearly everything when you are isolated in nature, standing on the precipice of change especially when situated in one of the most historic and protected places in the world.

It was getting late, the sun was beginning to set, and I had no idea where I was going to set up camp. My legs couldn’t carry me much further, and even if they could, my energy was so that I doubt I could have walked much farther anyway. I noticed something in the distance, and beyond that what appeared to be a lake. It was magnificent (I always find things to be increasingly beautiful the more desperate a situation feels). I literally stumbled upon some Viking ruins, in one of the most beautiful places I have ever been on one of the most beautiful evenings I have ever experienced…I was pissed for a second because as I tripped over this stone, I cut my leg, and fell to the ground, as blood started absorbing in my freshly ripped pants, I looked, and I was exactly where I needed to be. I set up camp, cleaned up the blood, re-hydrated, and prayed that I had some food hiding somewhere in my pack, and on this perfect night I wouldn’t be denied. Three fresh tomatoes, a cliff bar, an apple, and a goddamn piece of chocolate cake, just sitting there totally forgotten and ready to be devoured. I am not a spiritual person, but at that moment I couldn’t help but be thankful to something/someone? I sat and watched every second of that sunset, and swined out on that cake as a toast to my ancient Viking hosts. That night I was their guest, and for that moment I will be forever grateful. 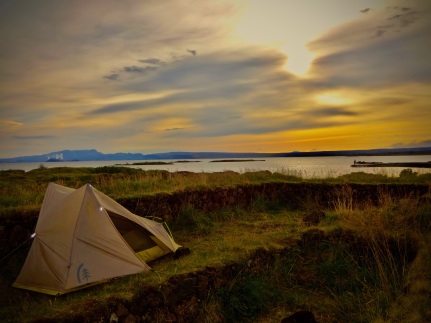 “Situated on the northern shore of lake Þingvallavatn, Þingvellir is the national shrine of Iceland. It is, for one, a key location in Icelandic history as the oldest existing parliament in the world first assembled there in 930 AD. Þingvellir has for this reason been designated a UNESCO World Heritage Site.”

Most of my greatest memories and places I have visited so far have been in La Patagonia. A couple of years ago I had the opportunity to travel to Argentina with my mother and visit the magnificent Tierra del Fuego. Hiking in the state’s National Park, I felt that I was exploring different worlds as every mile went by. The changes in the scenery are such that it is easy to feel that you are constantly jumping from one dimension to another; I walked by peeking behind the trees just to make sure a “duende”¹ wouldn’t catch us by surprise. After hiking for about 4 miles, we reached to an open area worthy of the Gods. This place was so beautiful, so unreal, and so different from all of the diversity we had been admiring, that by that moment I truly believed the fact that I had entered a different dimension without realizing it. I felt that the path covered throughout the hike was the pathway to this unknown, sacred, and undiscovered place. I felt at ease, happy, revitalized, privileged, powerful, blessed, I felt… everything. At that moment, more than ever, I was one with nature. 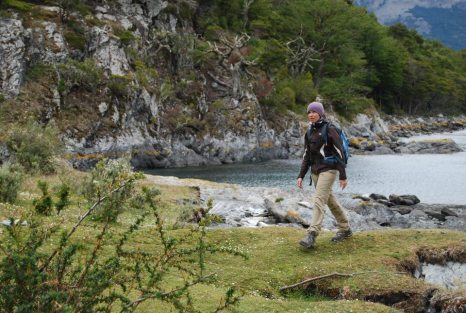